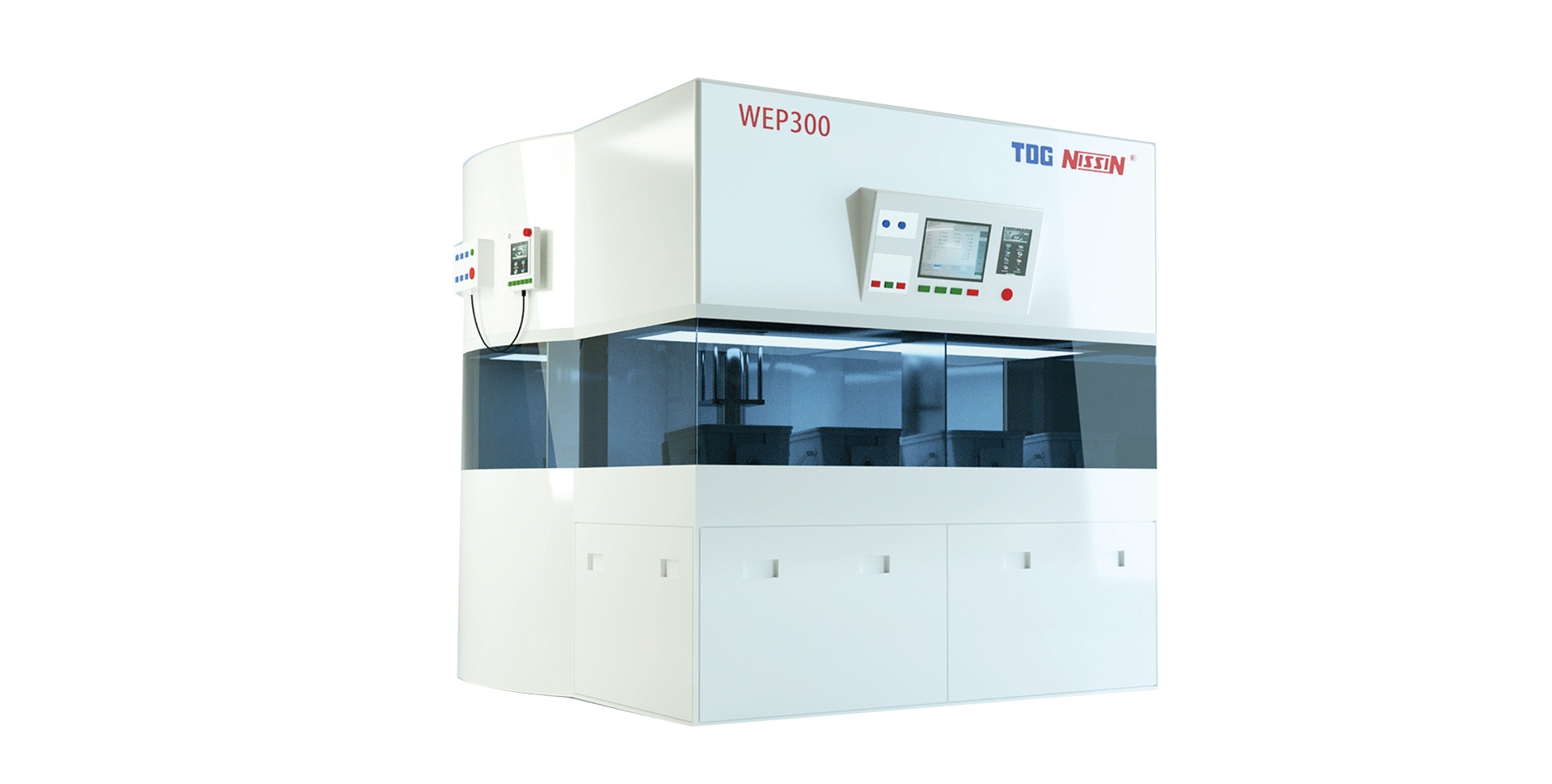 The perimeter of the 8" and 12" wafers can be polished. The polishing drum of the device is equipped with a blade and a lever mechanism. When the polishing drum rotates, the resistance of the wind acts on the blade, causing the lever to swing, so that the force of pressing the polishing cloth attached to the lever to the silicon wafer changes, so The amount of polishing force can be controlled by controlling the direction of rotation of the polishing drum and the rotational speed. It can adapt to various edge polishing shapes, improve the operation mode of the robot, and improve the traditional straight walking mode into a rotating motion mode. Multiple robots simultaneously rotate the multiple wafers to the next station. The robot movement structure is simplified, the action is simpler, and the use is more reliable. The VN polishing method is improved. The existing method is to place the VN polishing on the wafer horizontally. After the improvement, the wafer is placed vertically on the VN, which is more favorable for the polishing liquid to fully fill the polishing position, while other wafer surfaces are not easy to accumulate, and there is SECS. Communication and data output functions。